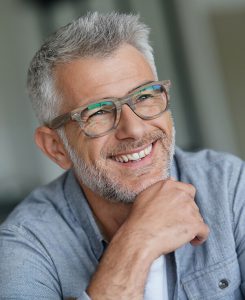 We all intend to plan ahead, but too often let the day-to-day minutia get in the way of making a calendar for the year. Sure, you can’t know every detail to anticipate. Heck, you can’t know half the priorities that will pop up in any particular month.

What Is Aperture in Photography?

What Is Aperture in Photography?

The manner in which photographs are created depends on an “exposure triangle,” which is mainly governed by three primary settings: ISO, Shutter Speed, and Aperture. Of these three pillars of photography, the aperture holds significant value.

If you have interest in photography, you must know how to use this camera setting. It’s because once you have mastered aperture, you are bound to gain significant creativity and control over taking photographs.

This guide focuses on the basics of aperture to help you better understand what aperture is in photography, how it works, and how it affects your captured shots.

The aperture is the adjustable opening of the camera lens that is responsible for how much light enters the camera.

In simple words, it refers to the opening (a hole or a gap) in the lens of a camera.
When you capture a photograph, the shutter mechanism opens and allows the light to come in. After the light comes onto the camera sensor, the shutter closes once again. When there is a lens attached to the camera, and it hits the sensor, the light will first go through the lens.

Put merely, the aperture partially determines your photograph’s exposure (i.e. how much light enters through the lens and how light or bright your image will be). Learning to adjust the three fundamental camera settings, i.e. shutter speed, aperture, and ISO, based on your subject and location is crucial for capturing excellent exposures.

What are F-Stops, F-Numbers, and Small and Large Apertures?

Besides small and large, the aperture can also be defined as a number called “F-stop” or “F-number.” If you look into your camera settings, you’ll notice an aperture written with the letter “F” appearing before any number, such as f/2.
F-stops or F-numbers refer to the setting controlling the aperture size and thus determining how much light can enter the lens. F-stops are regulated by the aperture’s diameter ratio to the lens’s focal length.

How Does Aperture Work?

The concept of the aperture is easier to understand if you think of it as how you see an object or someone with your eyes. As you move between dark and well-lit environments, the iris in our eyes either shrink or expand, thus controlling our pupil’s size.
This “pupil” of your lens is equivalent to the aperture in photography, meaning you can enlarge or shrink the aperture size to control the amount of light reaching the sensor.

How to Choose the Right Aperture Setting

Once you understand f-numbers or f-stops and small vs. large aperture sizes, it is time to understand which aperture setting you should use for your photos. The two most essential effects of lens aperture are exposure (brightness) and depth of field (DOF)

The brightness of a photo is known as exposure. The objective is to generally capture the perfect photography that is neither too bright nor too dark, with the right amount of details.
To allow more light to enter and brighten your photographs, you need to widen the aperture. On the other hand, a narrow aperture allows less light to enter, thus darkening your pictures.
While aperture is not the only way to vary the brightness levels of your photographs, it goes unsaid that it plays a significant role. The three camera essentials that make up the exposure triangle work together to give you a poorly or well-exposed image.
If the other two camera settings, ISO and shutter speed, remain unchanged, the ideal aperture setting would be f/5.6. However, the setting for optimal aperture would typically change if you take a photograph in a darker environment, where there is insufficient light.
For instance, while taking a picture at night, you might want to set a large aperture size such as f/2.8, similar to how the pupils of our eyes dilate to capture even the tiniest amount of light.

The depth of field is a term that explains how much of an image is in focus. Images with a larger depth of field indicate that, for the most part, the photographs are in focus. Alternatively, images with small DOFs will only have a sliver in focus.
Regarding DOF, you must know that a larger aperture value such as f/2.8 results in minimal focus and a significant extent of blur in the background (suitable for shallow focus portraits).
Contrariwise, aperture values such as f/8 or even f/16 will provide substantial depth of field, making it suitable for architectural and landscape photos.
Here is a table to explain the different aperture sizes with regard to depth of field and exposure.

Examples of How and Which Aperture Values to Use

The following are the examples of situations where you will likely want to use a vast range of f-numbers.

A couple of fan-grade superior lenses are restricted to f/1.8, which comparatively offers satisfactory low-light capabilities. If your goal is to capture aesthetically pleasing and visually appealing photos with a shallow focus, then these f-stops will add significant value.
Taking photographs between these aperture lenses will usually transform your background into a nice, seamless, and velvety for portraiture and many other similar photography styles.

A vast range of zoom camera lenses is restricted to the highest aperture of f/2.8 to f/4. Even though these aperture lenses aren’t as efficient as f/1.4 regarding capturing light, they are not a bad option when shooting in fairly dim lighting, especially if the camera or lens has image stabilization.
With these f-stops, you can separate the subject to some extent, but typically not enough to make the background unclear. These aperture lenses are best for wildlife, sports, and travel photography.

This range of f-stops is the perfect beginning point for many architectural and landscape photography types. It is also quite suitable for portrait photography and documents which must not contain blurry backgrounds.
In addition, the majority of aperture lenses are sharpest around f/5.6. Even though this does not matter as much as finding the right DOF, it is still preferable.

Usually, f/11 to f/16 are used for capturing photos of settings that require as much DOF as possible, such as landscape photos with foreground in proximity or macro photography.
Even though these f-numbers provide you more significant DOF, they tend to lose some extent of low-level sharpness, primarily because of the effect of lens diffraction

A small aperture such as f/22 or smaller is only recommended as long as you know what you want to shoot. At this aperture value, the sharpness is significantly compromised due to diffraction. Hence, it is generally recommended to avoid using them.
For more significant DOF, it is typically recommended to use a focus stacking technique or move further away from the image’s subject.

Indeed, you must be wondering how else aperture impacts your photos apart from depth of field and exposure (brightness). Here is a brief list of the many different things affected by the aperture in photography.

So, when photographers recommend using a larger aperture for a specific type of photography, you’ll be advised to use something like F/1.4 to F/2.8. On the contrary, if you are told to use a smaller aperture, they are probably suggesting you to use anything from F/8 to F/16.
However, to get the most realistic and actual feel for aperture, you will need to step outside yourself and take some photos to see the differences between the values and determine what works best for you.